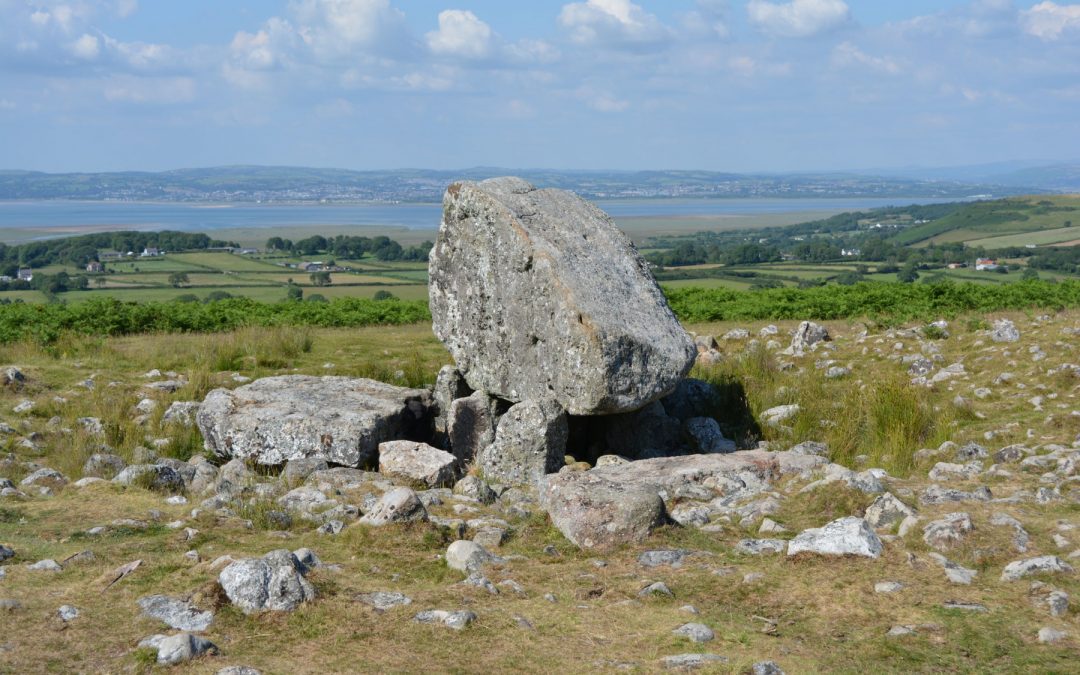 Arthurs Stone can be found just north of the ridge summit of Cefn Bryn in Gower, Swansea. Cefn Bryn is an old 5-mile ancient ridge made out of red Sandstone situated in the heart of the Gower Peninsula, Swansea. It’s referred to locally as the “backbone of Gower”, as it protrudes from surrounding limestone. It’s the second-highest point in Gower reaching 188 metres and provides fantastic panoramic views of the surrounding area.

Legend has it that King Arthur threw a large stone from Llanelli that landed on this spot. By the time it reached its final resting point the stone had become an enormous boulder. A 25-ton capstone to be exact.

Close by there is also a neolithic burial tomb dating back to 2500 B.C and is one of the first sites to be protected under the Ancient Monuments Act of 1882. It’s believed that during the bronze age the area was used for ceremonies and rituals. Over sixty cairns (man-made pile of stones) have been discovered. Although some are most likely to be stones cleared by local farmers close by are three prominent ones, which have been excavated. One of which can be seen in the photos below.

This is one of those places that I’ve driven past many times. Especially when heading to the close by beaches such as Three Cliffs, Rhosilli, Port Eynon, Oxwixh, and one of my favorites Horton. I would thoroughly recommend a visit to this area as it’s so beautiful. There’s also so much to see and do and some of the best coastal walks in the UK. I’m so lucky to be living close to this area within a short drive or bike ride when feeling energetic.